Situated at Lower Barrakka Gardens, this project will tell the story of how 4 civilisations from 4 different planets who speak 4 different languages, are summoned  on our island in order to reverse the fate of the universe. The audience are given the chance to witness this FREE cosmic rendezvous and also interact with various performers who will showcase life on the other planets.

BabelX’s aim is to transform one of the most prominent gardens in the capital city into an immersive and participatory experience for the public. First Part of Babel: audience roam around the garden and interact with 8 installations that will be demonstrating life/traditions/stories from the other planets. Second Part of Babel: public witnesses the planetary encounter between the 4 main characters.

Funds were awarded through the  – Arts Council Malta & Malta Arts Fund – to cover the work-development and artists’ fees for the rehearsal process. However, I would like my original vision of BabelX to come to life – an idea that requires your help. Thanks to your donations, we could:

Trois: Take the installations to the streets (refer to FAQ section)

Starting off on a completely different tangent, BabelX began as ‘Il-Manekkini’:

The Lower Barrakka is revamped as a ‘whimsical’ village named ‘Il-Villaġġ t’Akkarrab’ A curse has fallen upon its dwellers and has eliminated their ability to show benevolence or portray love. The audience will find ways in which they can expel il-Manekkini’s collapse. 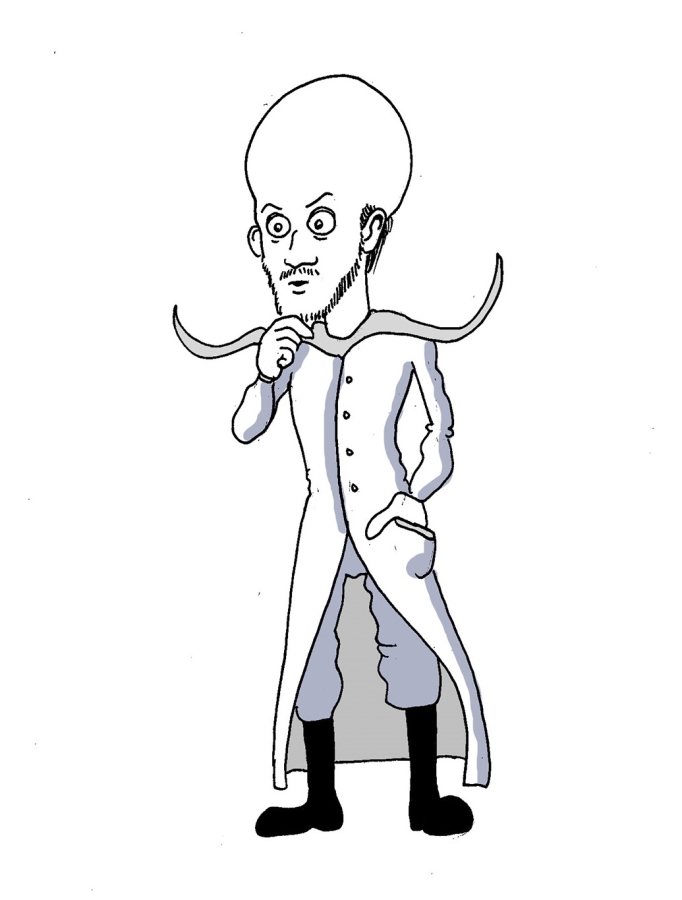 A few days before my pitching session with the Arts Council, certain…many things in the media not only disturbed me but were also affecting people around me directly. Friends not being able cross to other places just because they hold a ‘stigmatized’ passport. Hearing hate speech taking place on a neighboring table, listening to it and yet, feeling so helpless and paralyzed on my chair. I knew that I wanted to create a project whose core was inspired and driven by what has been occurring around me for so long.

On the other hand, I apologize in advance; I can only describe my memory in one word: dreadful. Because in fact, I do not remember precisely how the ‘cosmic’ theme came about. However, I started sketching and after a few days, these 4 appeared:

BabelX is a collaboration between many artists. The first part of the show includes dancers and actors who I have had the privilege to work with either on stage or in a street theatre show. These are Yasmin Falzon, Yasmin Schembri, Fabiana Mangialardi, Francesca Zammit, Rochelle Gatt, Christian Debono , Rachel Calleja, Mathab Mokhber and Martina Georgina. The development of these installations has been done through the help of Sandra Zammit (artistic director of ‘Opening Doors’) and Douglas Comley. These works portray my affinity to the unpredictable and most of them were inspired by previous works (refer to FAQ section).

On the other hand, the second part of BabelX will bring together a truly international collaboration: Turkey (Sencan Oytun Tokuc), Scotland (Alan Stuart Goldie Cairncross), France (Arthur Dumas) & Malta (Mariele Zammit). Costumes for these 4 actors will be made by Enrique Tabone. Artwork by Michele Benincasa and video production by  ‘The Amber Spark’.

-What is immersive theatre?-

The idea for this kind of work stems from a desire to give the public a more active role in the production. Rather than simply sitting down and watch, the audience are given the chance to experience the production freely. Taken from one of the first rehearsals, the image below shows a tradition from the Black Planet - this installation requires to public to hang the planets onto the actress' hat and triggering the rest of the interaction; you would have to come to see what ensues :) 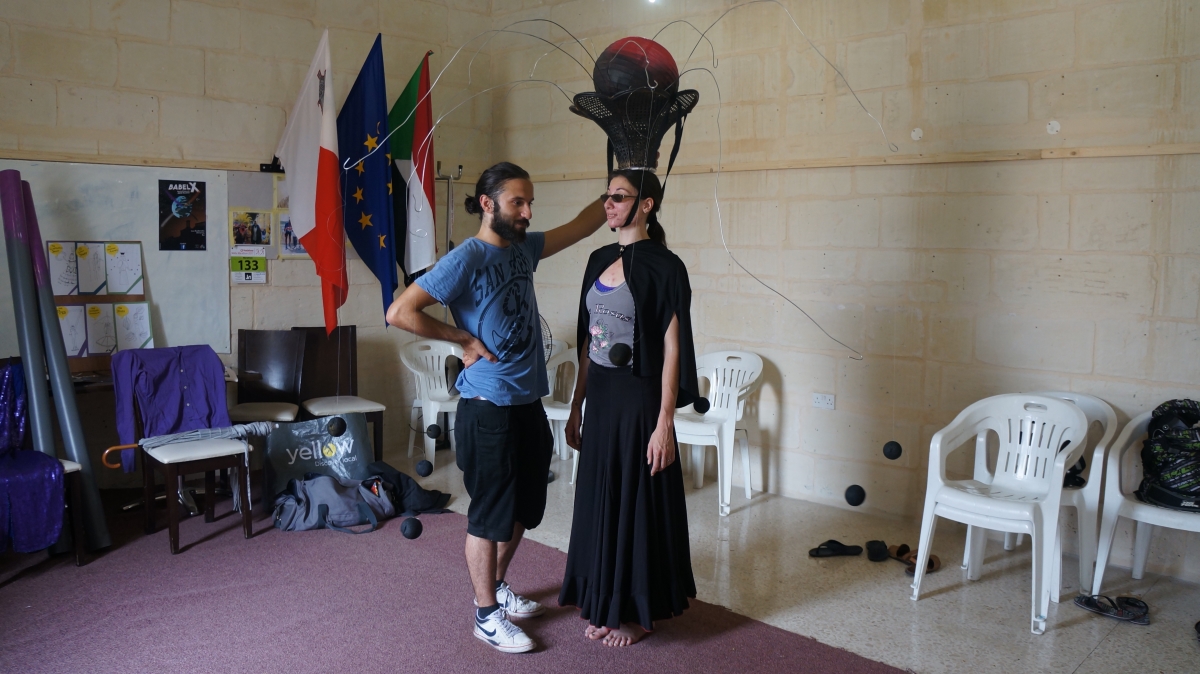 These works come from other planets. This fact gave us the chance to really go crazy with our ideas. Whereas some installations are more focused on movement, others are text-based or purely visual. However, the majority of them require the audience's participation in order to move forward. 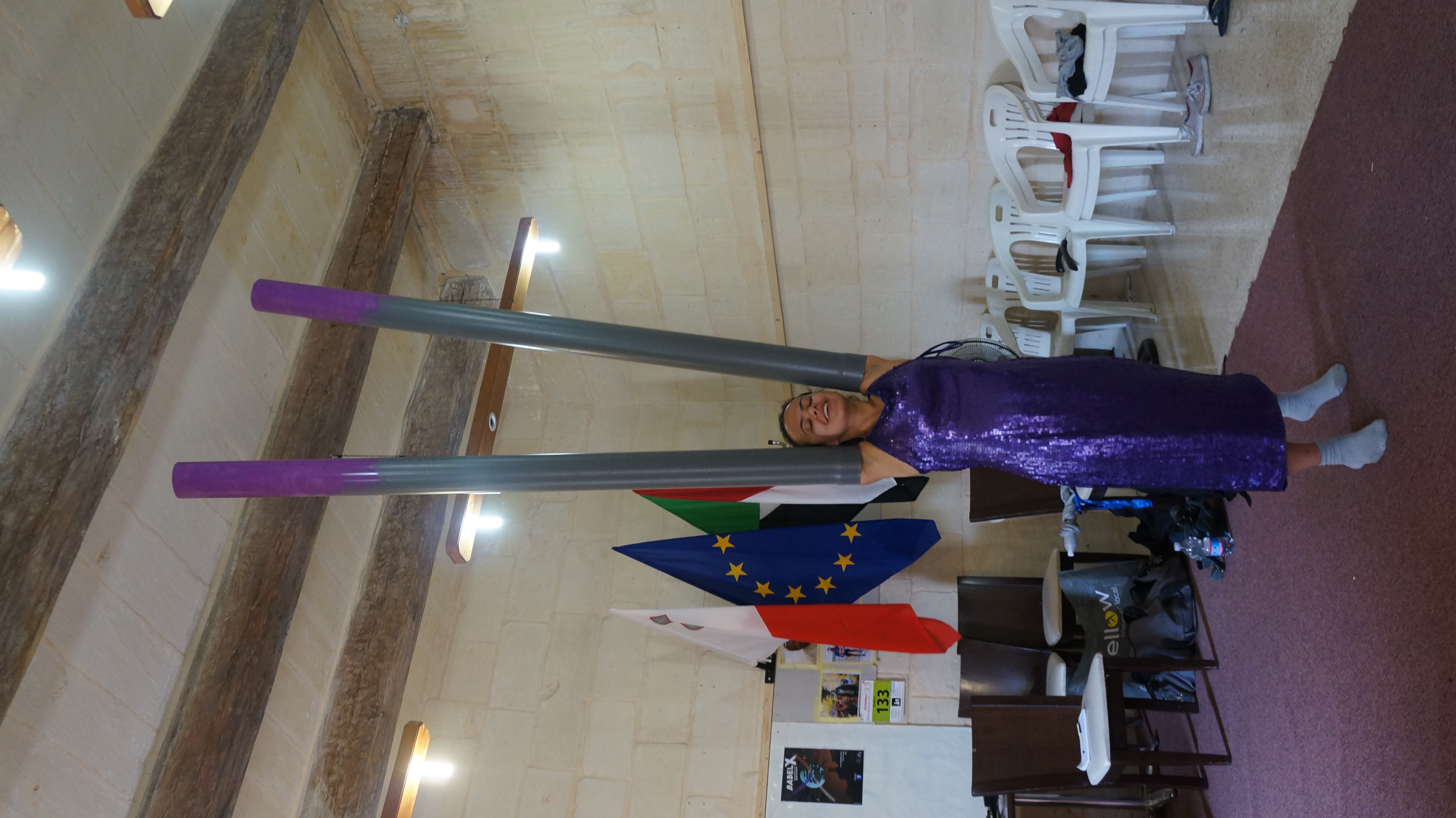 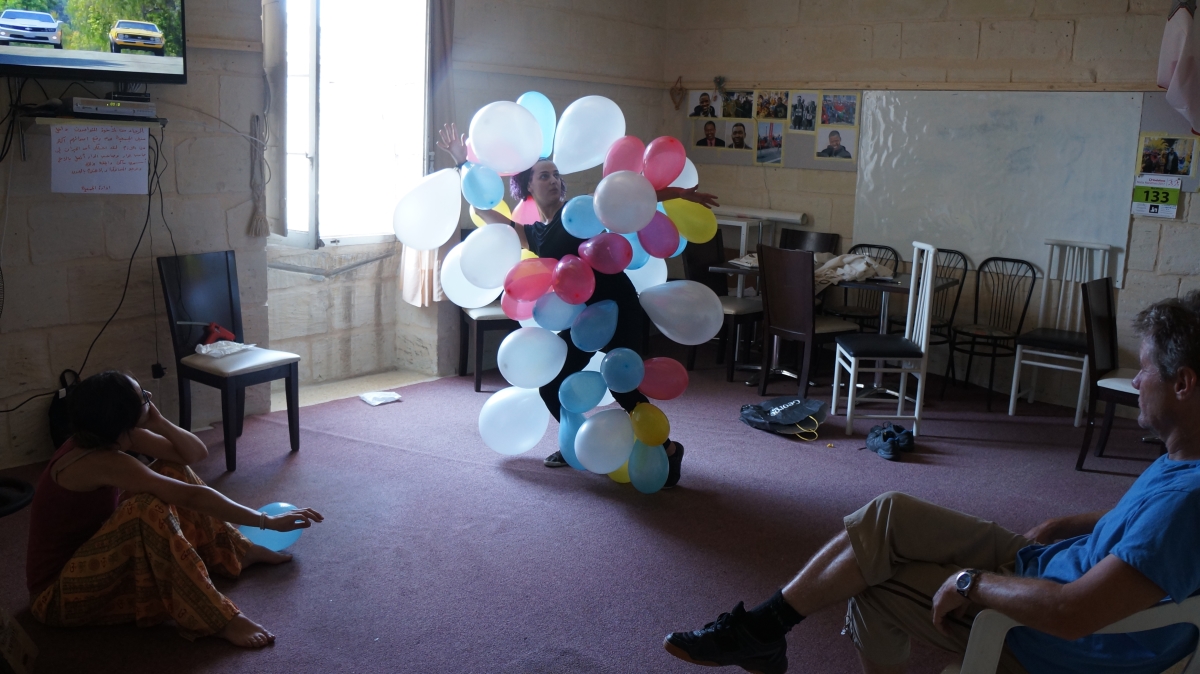 The idea to have this show in an open space was inevitable. Moreover, Barrakka's surroundings fit perfectly with the storyline that we want to transmit. I do not want to give away too much information, but Valletta's cityscape will play a crucial role in the plot.

We are also seeking in taking these installations to the streets 2 weeks prior to the dates of performances, in order to promote the show and meet the public. Your donations will also help in improving the overall implementation of these street shows. 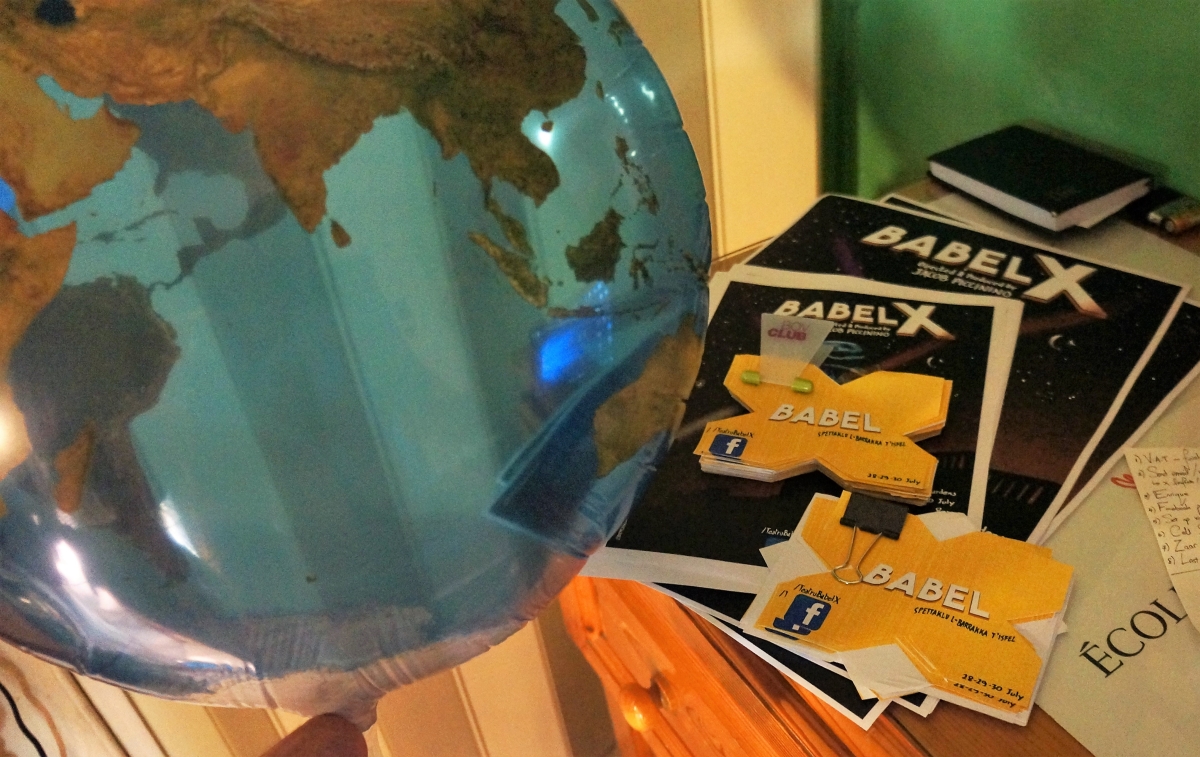 A personal thank you letter (sent via email) 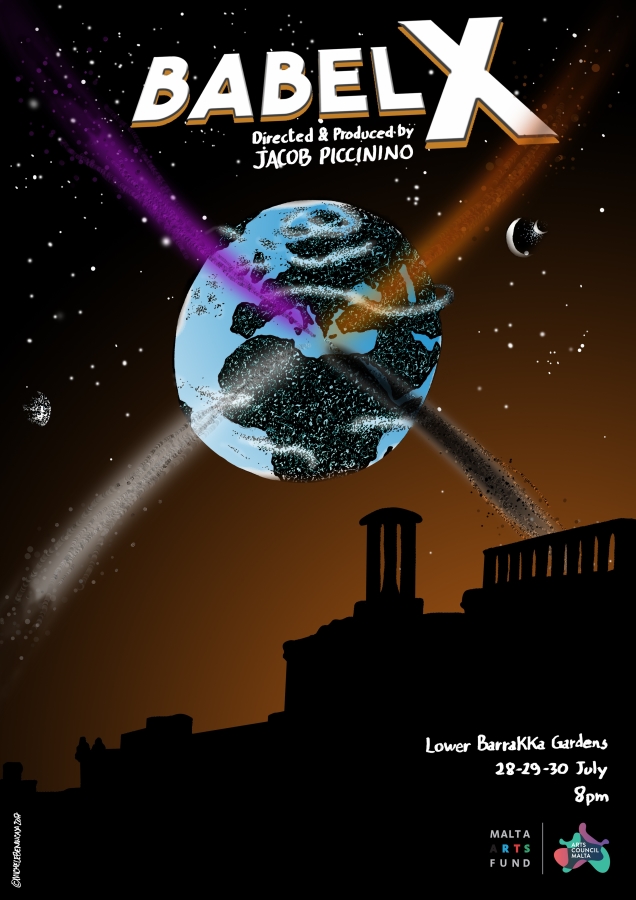 A personal thank you letter & Signed poster by all the actors and director. As a backer, you will be sent a personalized ticket in order to obtain your personalized reward.
Thanks for your tip here's a clip
€20.00 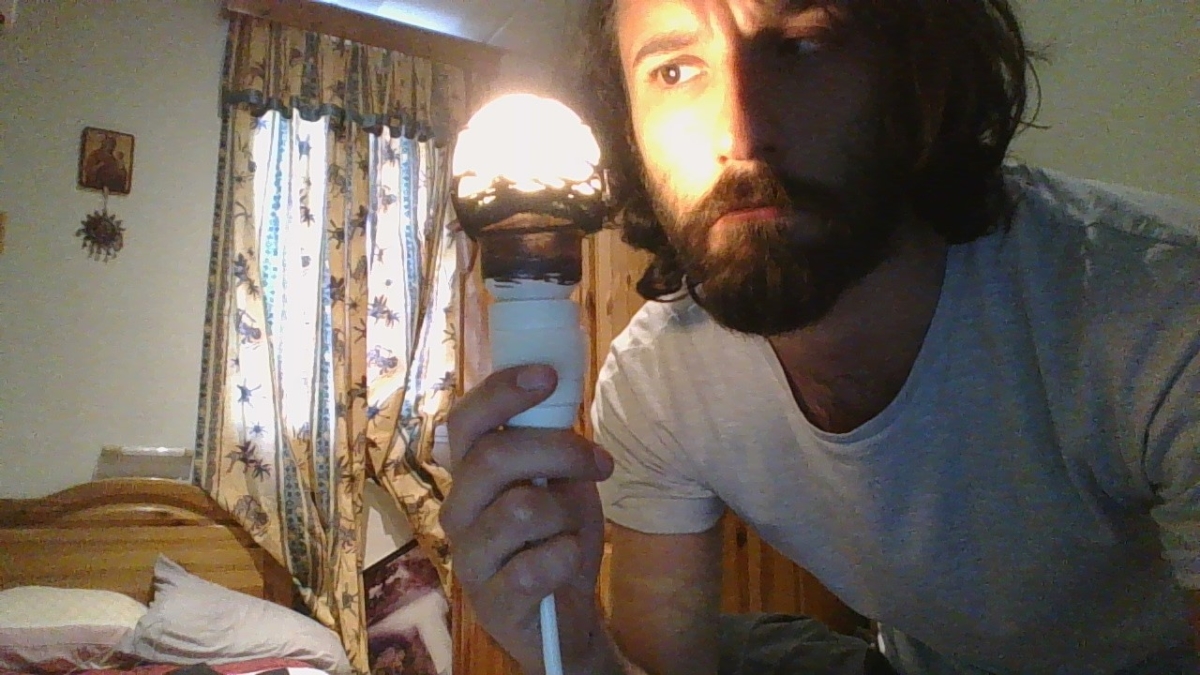 A video from the actors dedicated to the backer. A little video will be uploaded on the facebook page of Babel thanking the backer.
Come & Meet us
€30.00
See the Director at Work & Meet the Cast Session.Dates will be available from 10th - 24th July.
Come meet, greet us & eat
€40.00
An invitation to have dinner with the cast.Ideally, we will try to group the backers into groups of 3-4.
Limit: 0 of 12 taken.
Sponsor our Production
€40.00
Give us your logo and we'll place it on our poster. Donate before the 20th July and it will be on the official printed version.
Limit: 6 of 5 taken.
Allez hop! Workshop!
€50.00
Come and do a workshop with Lecoq-trained actors. We will try and divide the backers into groups of 5. You can either decide to do it yourself or choose someone else who might be interested.

Feel the love & all of the above
€100.00
The title says it all
Step 1: Specify your contribution amount for BabelX
Support Now