The Great Siege of Malta – A Turkish Perspective

Every book has its own story and Prof Cassola’s new softbound ‘Süleyman the Magnificent and Malta 1565 – Decisions, Concerns, Consequences’ has been crafted to give a first-hand depiction of the challenges faced from a Turkish viewpoint.

The book is the first of its kind, and it will undoubtedly provide a very interesting perspective that has rarely been explored before. This is your chance to purchase an early release version of this anticipated publication, exclusively on Zaar.

Utilising primary Ottoman sources (1564-1566) and supplemented by contemporary evidence based on Balbi di Correggio’s 1568 diary in Spanish, Arnold Cassola has portrayed the 1565 Great Siege of Malta in a truly different way.

Prof. Cassola wanted to look at the preparations that took place before the Siege – the concerns, the worries, the daily needs, the technicalities and so on, as well as what went on during the siege and in its immediate aftermath. All of this is presented from the perspective of Süleyman the Magnificent, which is especially interesting as he was based thousands of kilometres away from where the action was happening in Malta, in modern day Istanbul.

This book will try to answer all sorts of questions about the behaviour, actions and thoughts of Süleyman, mainly by assessing the original commands and orders that he sent out to the various parts of the Ottoman Empire in Anadolu (Asia), Rumeli (Europe) and the Maghrib (North Africa) in 1564-1566

Prof Cassola is crowdfunding for this new publication to help cover the publishing and printing costs that go into a project like this one. The more funds are donated, the more copies of this book will be produced.

‘Süleyman the Magnificient and Malta 1565 – Decisions, Concerns, Consequences’ will be offered in a softbound small-book format. It will be accompanied by various images and documents in full colour, mainly linked to the Ottoman empire.

There are so many books devoted to the Great Siege, however this one has unique appeal as it highlights a different piece of history. Based mainly on original Ottoman 1564-66 documentation it will be of interest to the general reader, as well as to those with a love of history and this exciting era.

Prof Arnold Cassola, academic and politician, is the author/editor of numerous books on the history, literature, language and culture of Malta, Maltese migration in Sicily, the cultural relationship between Malta and Italy, as well as of books on Green politics in Malta and Europe. 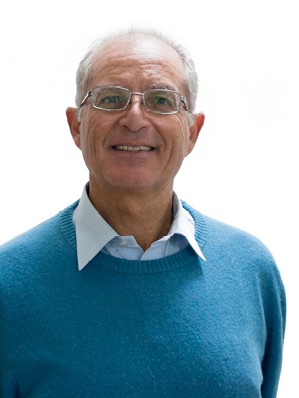 When will the book be delivered?

The book will be published in September 2017 and delivery will be in October 2017.

How will the book be delivered once published?