Yet another challenge for Murphy to raise funds for Hospice Malta - running a half marathon around a roundabout! That is approximately 250 laps.

Murphy, our pink hero, is challenging himself once again to raise funds for Hospice Malta.  He knows how much Hospice Malta does for families and carers in difficult times, and how much they need our help, so he has taken up a new challenge: that of running a half marathon around a roundabout – 250 times around a roundabout – all in the name of raising funds for the services they provide!

Over the past years, Murphy has run the Malta Half Marathon, ran a full marathon in Budapest and has taken part in the ‘Eurosport Trail Running League’… all in his pink morph suit, of course!

There is just no stopping our favourite guy in pink! 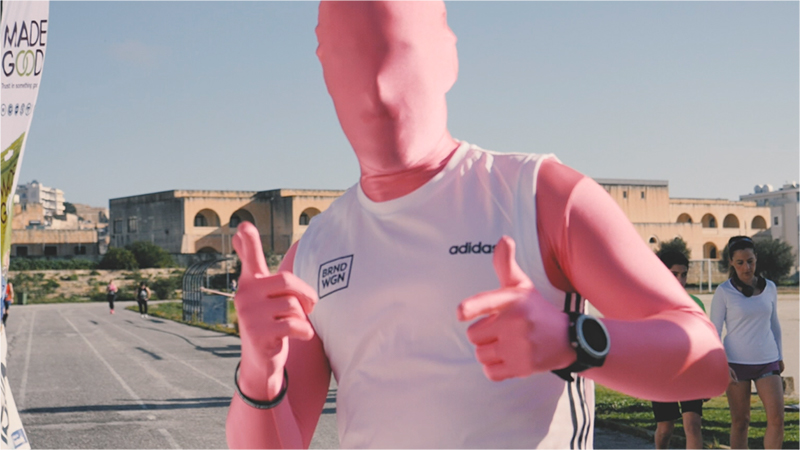 Apart from taking up a challenge each year in aid of Hospice Malta, Murphy is also a huge part of the BRND WGN & University Ring Road Races, an event that has been organised for quite a few years now with the scope of bringing people together through running whilst raising funds for Hospice Malta.

Once again the team from BRND WGN will be joining forces with Malta University Sports and Leisure to help take the event to a whole new level and to help raise even more funds for Hospice Malta.

Last year we were able to raise a record €5,350 – can you help make this another record-breaking year? 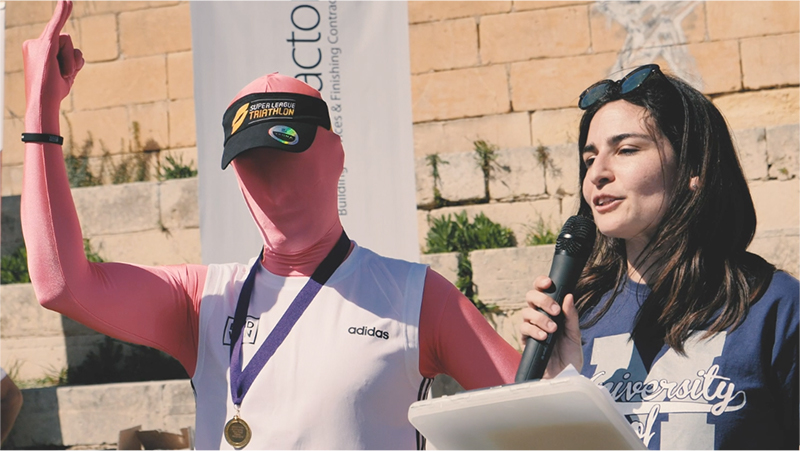 Hospice Malta is an NGO (VO/0062) which provides free of charge patient-centred palliative care.  More than 1,000 patients are being cared for on an annual basis.  Hospice Malta also loans equipment items to patients.  It costs Hospice Malta approximately €1 million each year to run the services.  This is only possible through people’s generosity and through the organisation of fundraising events amongst which are these races.

Murphy will be sending out thank you letters to people who give a donation of 10 or more.

Be part of the bigger picture
€25.00
As well as a thank you letter from Murphy, your name will be included on a collage incorporating the names of everyone who donates €25 or more, which will be shared on our Facebook page and website.
A gift from Murphy
€50.00
As well as a thank you letter from Murphy, and your name on the collage, we will be offering goody bags to people who give a donation of €50 or more, limited to the first 20 donations to be submitted.  Goody bags can be collected from the University 5-a-side football pitches complex, Tal-Qroqq.  Individuals eligible for this shall receive a notification via email as to when they can pick up the goody bag.
Limit: 2 of 20 taken.
The Full ̶M̶o̶n̶t̶y̶ Murphy
€100.00
As well as the thank you letter, your name on the collage and a goody bag, you will also be given a limited edition Murphy mug.
Step 1: Specify your contribution amount for Murphy’s Roundabout Challenge
Support Now