First VINYL pressing of Alexandra Alden's first full-length album recorded at Rocktown Studios, Rotterdam. It will be launched at Offbeat in Valletta, Malta on the 24th of March 2018.

My debut full-length album ‘Wild Honey’ is being released on the 24th March 2018 with the worldwide official launch party to take place at ‘Offbeat’ in Valletta, Malta. My team and I are going to wrap up recording at the end of January at Rocktown Studios in Rotterdam, The Netherlands.

The album will feature songs I have composed over the last three years while travelling back and forth between Malta and The Netherlands (where I am currently living).

I think that the title of the album, ‘Wild Honey’ perfectly encompasses the themes and atmospheres I’ve explored throughout these songs often touching on sentimentality, loyalty and loss.

These songs are formed around the core of my acoustic guitar playing, singing and lyrics with additional playing, production and engineering by my team at Rocktown Studios consisting of multi-instrumentalist and ambient artist Hanyo Van Oosterom, bassist Ocki Klootwijk and the incredibly diverse Marien Okkerse on acoustic and electric cello (all from the Netherlands).

I feel incredibly lucky and honoured to be working with such a dedicated team of artists who want to nurture these songs and see them grow as much as I do. 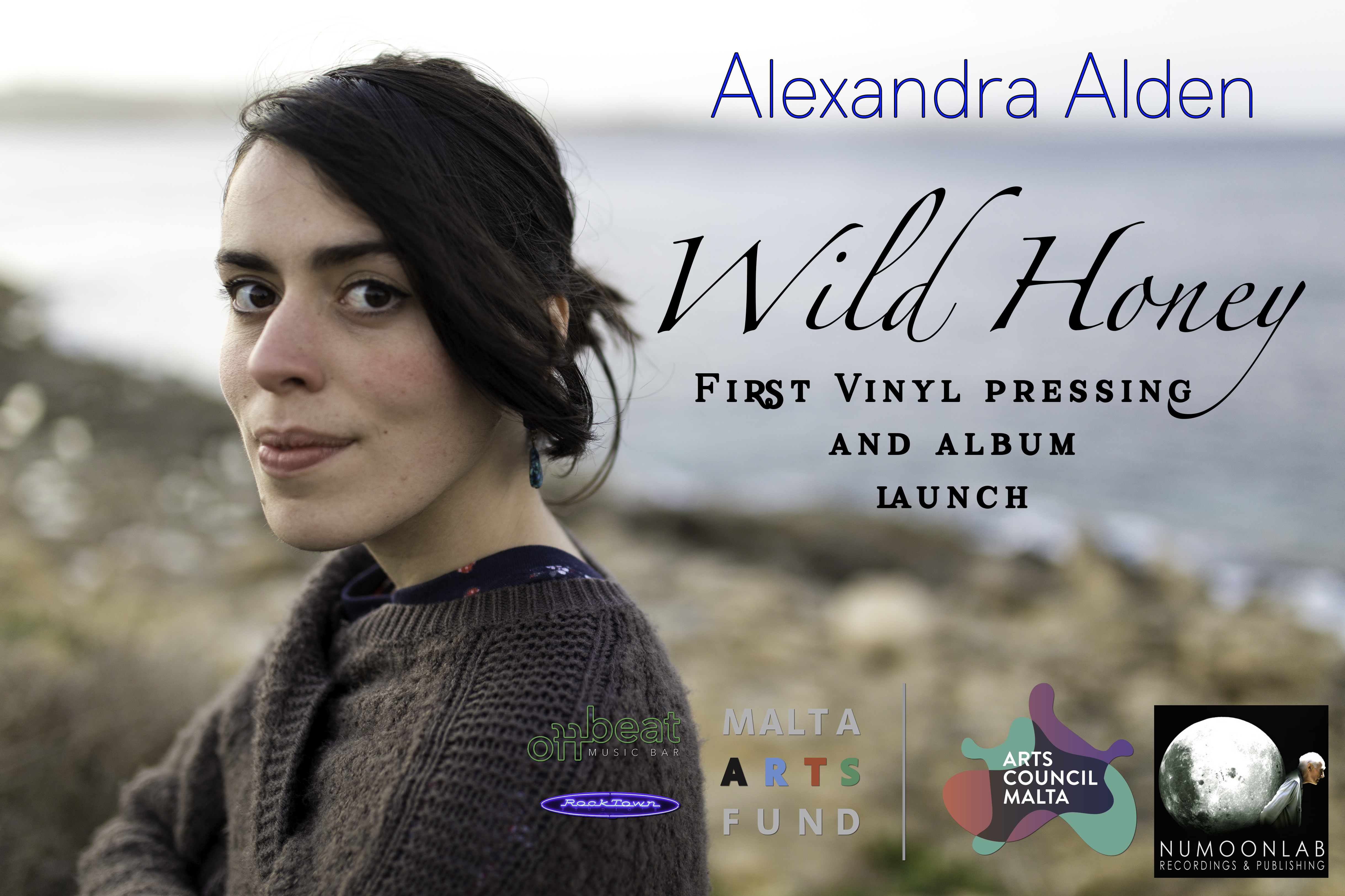 We as a team at Rocktown have invested 80% of the funds required to complete this project.

Another 10% has been graciously entrusted to us by the Malta Arts Fund. We are asking you, the listener, to help us with the remaining 10% in order to print ‘Wild Honey’ on VINYL at Reciprocal Records in Malta and finally release it at Offbeat in Valletta on Saturday 24th March 2018.

Well,  this can definitely be seen as a pre-order for the VINYL and you’re guaranteed to have a good time at the launch! Offbeat is a small venue, may I remind you (we chose it as we like to keep our shows cosy, intimate and minimalistic, reflecting the atmosphere of the album), so it’s best to pre-order your ticket as seats are limited to a capacity of around 40.

Here you can get a small impression of what ‘Wild Honey’ is shaping up to be. This teaser includes a couple of tracks of what will be a (most likely!) 10 to 12 track album!

Guarantee your spot at the launch by choosing the exclusive crowdfunding deal – i.e. Prize no. 3, where you as a crowdfunder benefit from a discount on your ticket and first-pressed VINYL.

At the door, the entrance will cost 10EUR per head and the VINYL itself will cost 25EUR – so you benefit greatly as a crowdfunder!

If you already have plans that weekend and decide to just go for the VINYL instead, you still get a discount on that too! Also, I’ll add that the CDs are being printed solely for crowdfunders, so you’re not going to get your hands on one of those very easily anywhere else! 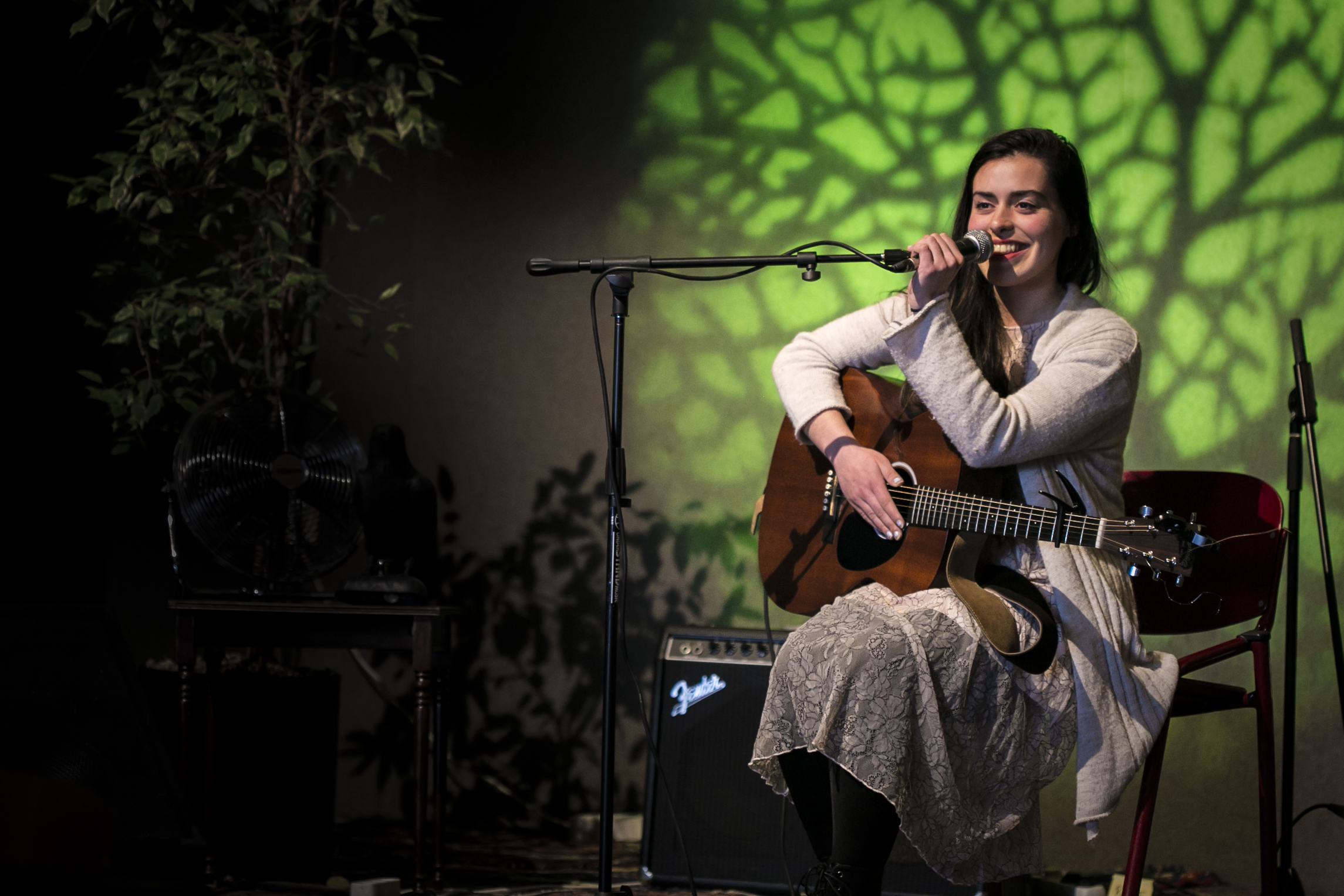 Born in Malta on the 8th of April 1994 and raised partly in southern Germany during her childhood, Alexandra Alden is a singer-songwriter who now lives in Rotterdam, the Netherlands where she is finishing off her degree in Jazz music at the CODARTs Conservatory of music and working as a freelance musician.

From a very young age, Alexandra showed a keen interest in the arts. She began writing lyrics and poetry at the tender age of six and recalls first falling in love with singing as a child while living in Tutzing, Germany. She would shyly sing along to the hymns in the local church while cupping her hands over her mouth so that surrounding church-goers would not hear that she was inventing her own lyrics and improvising over their melody lines instead.

At home, her father, who was always an avid music listener would nurture her musical tastes and later introduce her to the guitar, while her mother, a painter and former graphic designer would encourage her to form a steady hand at drawing and develop her artistic eye.

Wanting to develop her singing technique, Alexandra attended classical singing lessons in her early teens, while developing her own voice in the songs she began writing at the piano. From the age of fifteen, Alden showed a stronger affinity to the guitar. She began performing with the Americana band ‘Martin McNeil & the Dissidents’ as backing vocalist and later as a support act.

Her first EP, ‘The Curious Child’ was recorded during this time and produced by Mark McRae. It was finally launched in 2013 with the support of the Malta Arts Fund and had two number one singles on Maltese radio stations – these being ‘Dancing Alone’ and ‘Just Like You’. Months later, Alexandra moved to the Netherlands to pursue her studies in music and perform abroad.

Her songs convey a message which is more often than not, one of hope.

“The first time I saw Alexandra Alden was at a concert in Rotterdam (the Netherlands). Being impressed by her songwriting skills and delivery of those songs, I had to work with her. After that I brought her in contact with some very good producers and colleagues of mine whom I have been working with for many years. Since then they have been working together as a team on Alexandra’s first full album. As I can only give my time and services as a musician I would like to recommend you to also help realizing this first album. I’m very confident this will be a very high quality album with a timeless sound and it is going to be a beautiful piece of art.”

“Alexandra Alden is a talented songwriter in the tradition of great songwriters such as Nick Drake, Carly Simon and even Joni Mitchell. She​ ​writes​ ​timeless,​ ​classic​ ​songs​ ​with​ ​a​ ​hypnotic​ ​touch​ ​of​ ​minimalism.​ As producers and music lovers we are always looking out for new talent regardless of age, style and background. We have decided to invest our skills and time to record her first full-length album without any deadlines of limits of time and money – which from our perspective is the only way to record a great album. For the same reason it is very important that it will be released on the best possible medium which is on Vinyl.”

The Rocktown building houses two studios. Studio one, based on the ground floor, consists of a control room, a large (60 m2 meters) recording room with a grandpiano, a upright piano, a hammond, a rhodes MKI, 6 drum kits, 10 guitar amps, 4 bass amps and great acoustics. Also on the ground floor are three smaller guitar booths and a leslyspeaker booth. Studio two on the first floor consists of a (post) production control room and a small recording room.

Class A equipment (NEVE Capricorn large console and loads of tube and vintage outboard) and a perfect working atmosphere has made it home for a large number of artists including Golden Earring, Herman Brood, K’s Choice, Westlife, Michael Prins and also the Rotterdam Philharmonic Orchestra.